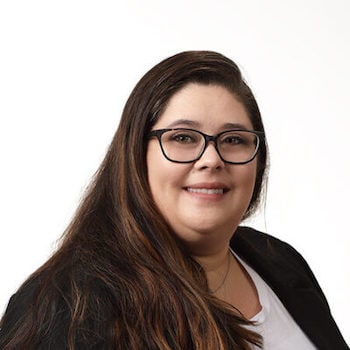 Courtney Caddeo is an experienced Florida divorce and child custody attorney. She is also a valued member of the Family Law Advocates, P.A. team. Ms. Caddeo has worked in the family law arena for many years, including several before actually becoming an attorney. As an attorney, Courtney truly enjoys helping people in tough situations and prides herself on working hard to gain her clients good outcomes. She is both a skilled negotiator and a skilled litigator. When settlement cannot be reached, Courtney is thoroughly prepared to take the matter to court. To her, the greatest satisfaction is obtaining just and fair results.

Courtney attended St. Petersburg College and received her Bachelor’s Degree in Paralegal Studies in 2012. While in college, she gained her first experience in the family law world, working in various non-attorney roles. She quickly realized that family law was the career she was meant to pursue. Prior to law school, she worked her way up from being a receptionist, to becoming a paralegal. After college, she elected to advance her skill set further by going to law school. Courtney obtained her Juris Doctorate degree from Thomas M. Cooley Law School in 2016 and was sworn in as member of the Florida Bar in 2017. Since then, she has dedicated her career exclusively to practicing as a family law attorney.

Over the course of her practice, Courtney has handled all aspects of both simple and complex cases involving divorce, time sharing, child support, alimony, equitable distribution, custodial rights of non-parents, adoptions, dependency, domestic violence injunctions, and many other family law matters. She has developed extreme attention to detail in handling financial aspects of family law cases, and also has been involved in highly litigated time sharing and custody cases.

Courtney was born and raised in Dunedin, Florida and is a rare Pinellas County native. She has practiced primarily in Hillsborough, Pasco, and Pinellas Counties, as well as the surrounding counties of Polk, Hernando, Sarasota, and Manatee.

In her spare time, Courtney enjoys spending time with her family, her 3 Corgis, and rooting for the Tampa Bay Lightning. Contact us online to schedule an appointment with Ms. Caddeo.

Call our Tampa family law attorneys today, at (813) 592-5000, or contact us online to schedule a consultation session with Courtney Caddeo.

Bar Admission
State of Florida
Contact Us
Practice Areas
Client Reviews
★★★★★
"Courtney Caddeo Morris was a godsend throughout my divorce. I’m so lucky I was able to be connected to her to help me through such a difficult and stressful process. She was thorough and professional and also caring. I cannot recommend her enough." S.M.
★★★★★
"I was fortunate to have met Courtney Caddeo when I was in need of help. The help I was given was greatly appreciated & to find the unexpected support for my well being was amazing. I was happy w the results & would turn to her again if ever needed. The best." M.G.
★★★★★
"Courtney Caddeo is the best listener, and treated me like family. She was supportive during a most difficult process." J.W.
View More
Submit a Law Firm Client Review